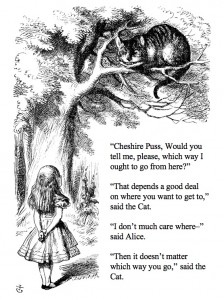 A recently released report by a committee of the National Research Council (NRC) has examined the current activities and future strategic direction of the U.S. civil space program.  The report concluded that NASA’s space program doesn’t have a direction and is unlikely to make significant progress without one.  And for this impasse, the report points to the nation’s political leadership.

Congress directed the NRC to undertake this study in 2011 in response to the administration discarding the 2004 Vision for Space Exploration (VSE) – a move undertaken without consulting Congress.  In place of the VSE vague notions were offered for developing new technology and the promise of future human missions to a near-Earth asteroid and possibly the moons of Mars.  No rationale or mission objective was outlined for these supposed goals and it was feared that this apparent lack of strategic direction was irretrievably destroying a national capability.

The NRC study found there was little support inside or outside the agency for a human asteroid mission.  They noted that over the years NASA has adopted many mission statements and objectives and that the verbiage has become increasingly vague with the passage of time.  The latest “vision statement” for the agency doesn’t even mention space (or aeronautics, for that matter), a curious omission for NASA – the National Aeronautics and Space Administration.

Ironically, the report noted that in 2008, the administration and the Congress, each under the control of different parties, both endorsed the VSE as the strategic direction in the authorization act of that year.  This political consensus was discarded without any debate (or even discussion) by the administration in 2010.  Subsequently, the new NASA authorization was a compromise between Congress and the administration, whereby the building of a new heavy lift launch vehicle and the Orion crew vehicle, as well as funding for commercial crew transport to ISS, was allowed to proceed.  That plan of action however, was done amidst the confusion surrounding our strategic direction – the nation’s ultimate goals and objectives in space.

• Engage in and commit for the long term to more cost-sharing partnerships with other U.S. government agencies, private sector industries, and international partners;

• Increase the size of the NASA budget;

• Reduce considerably the size and scope of elements of NASA’s current program portfolio to better fit the current and anticipated budget profile.

Interestingly, the report does not state the obvious conclusion – that if the first option has any validity, the last two options are not only pointless but actually undesirable from the standpoint of wise governing practice.  Why should we spend more money on something perceived to be of marginal value?  On the other hand, if the agency could be “restructured” to accomplish its mission with the current budgetary profile, why wouldn’t it be?

This report is a damning indictment of NASA and our current lack of direction in space.  The agency responded to it by reciting the roster of its current activities, with spokesman Doug Weaver issuing this statement:

“We’re fully utilizing the International Space Station; developing a heavy-lift rocket and multi-purpose crew vehicle capable of taking American astronauts into deep space; facilitating development of commercial capabilities for cargo and crew transport to low Earth orbit; expanding our technological capabilities for the human and robotic missions of today and tomorrow; pursuing a robust portfolio of science missions such as the James Webb Space Telescope; developing faster and cleaner aircraft and inspiring the next generation of exploration leaders.”

Marcia Smith, a member of the NRC panel, responded with the wry observation that “If it takes you that many phrases to explain it, then you do not have a crisp, clear strategic vision.”  I have often expressed a similar thought – if you can’t state your mission in a single sentence, then you probably don’t know what it is.

Perhaps none of the four options outlined by the NRC report can successfully alter the current malaise of the agency.  Attempts to reform the way of doing business in the past have been less than successful.  Like most government entities, NASA is resistant to change and even more so to taking direction.  Much of the intent of the VSE was actively and continuously fought by elements within NASA.  If there is little enthusiasm for a human mission to a near Earth asteroid, that pattern is simply a continuation of the internal agency resistance to the lunar mission of the VSE.

Could a different approach be more productive?  During the past week, Apollo 17 astronaut Jack Schmitt spoke at the annual meeting of the American Geophysical Union.  In the course of his talk, he once again outlined his proposal to replace the existing space agency with a new one specifically chartered to conduct human space missions beyond low Earth orbit, structured so as to permit new ideas and fresh thinking to get a fair hearing and if valid, implemented.  Certainly the NRC report could be read to lend support to such a suggestion.

The world has noticed that the United States is accomplishing less and less in space.  Actions speak louder than words.  Even though we continue to spend significant amounts of money on our space program, we get less for it and have no clear direction or goals.  Not knowing your strategic direction is one thing and not understanding how to fulfill it is another, but not acknowledging what is recognized by so many – that our space program is broken – is the most aimless and dangerous direction of all.

First, Nail Down the Mission

NASA’s New Mission and the Cult of Management

This entry was posted in space policy, Space transportation, Uncategorized. Bookmark the permalink.

15 Responses to Direction for Space Needed