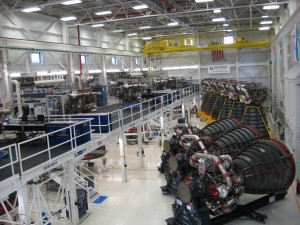 The carnival sideshow that is our national manned space program continues apace. These past few months we’ve watched as the space “community” swooned over a movie depicting an astronaut forced by circumstance to innovate and survive alone on Mars. Nothing wrong with that, except for the reaction of a federal agency that imagines they are about to realize this future, a fantasy perhaps taken to heart after seeing their logo plastered all over the film’s stage equipment. Next, we were presented with a long interview with Elon Musk, who pontificated on his “plan” to create a sustainable human colony on Mars – in his lifetime. He was serious. And his remarks were taken seriously.

The latest entry in the parade of notable space “events,” is what some would have us believe heralds the advent of a new era in space transportation, one ushered in by the arrival of a “reusable launch vehicle system.” This comes after the first successful return and landing of the SpaceX Falcon 9 first stage to its launch site. The space press, along with cable and network news, trumpeted this news with great fanfare. But does this event truly signal the beginning of a new paradigm for spaceflight? I submit that the real issue to address about reusable launch systems is not whether it can be done, but if it can be done and make economic sense. And that issue is not settled.

A launch system is much more than the rockets that we see leave from (or return to) the pad. A launch system embodies a design and operations concept, the necessary manufacturing infrastructure and supply chain to fabricate the vehicles, the facilities for launch preparation and operations, and the cost and difficulty of refurbishing and then reusing the vehicle. “Reusable” does not necessarily translate to “cheap” – the Space Shuttle was a reusable launch system. The reason Shuttle was expensive is that it took thousands of man-hours, work done by highly skilled (and highly paid) people, to refurbish and prepare the vehicle for each flight. These efforts involved more than repairing damage to the delicate thermal protection system (the famous tiles that covered the Shuttle body) and to the windows (actually more labor intensive than work on the thermal tiles). A great deal of time was spent servicing the Space Shuttle Main Engines (SSME), which had to be removed from the vehicle, serviced (often with disassembly and complete replacement of major components, such as the nozzle or turbopump) and then re-assembled for the next flight.

SpaceX is taking the right approach to building a reusable launch system in that the first stage is the easiest part of an expendable vehicle to retrieve. It travels the least distance and is accelerated to slower speeds than any other part of the rocket. Bringing the first stage back to land is also a plus, in that it greatly simplifies vehicle retrieval and eliminates the corrosive effects of seawater on the engines. However, these benefits come with costs – a first stage capable of flying back to the launch site cannot lift as much payload as an expendable stage. This performance hit comes from the additional mass of the landing system (in the case of Falcon 9, retractable legs) along with propellant needed to decelerate the vehicle to a soft touchdown on its return to the launch site – fuel that cannot be used to push the payload into orbit.

Additionally, there is the cost of the design and testing of the retrieval system. Because SpaceX is a non-public company, we have no idea how much money was spent developing this first stage recovery system. But these costs, plus the others listed above, must be rolled into the price of any new Falcon 9 launch. We can’t know what savings are realized by this effort until the price that SpaceX charges for a Falcon 9 launch drops (and we know by how much). The largest new cost to SpaceX – the cost to operate a hypothetical reusable Falcon 9 launch system – is unknowable now because SpaceX doesn’t yet have one. Certainly the successful landing of a Falcon 9 first stage booster is an accomplishment, but we do not know if such an event is routine or singular, what resources are needed to achieve it, and the impact such retrieval will have on the operating costs of the Falcon 9 system. It is not yet the revolution in space transportation being claimed by New Space cheerleaders and many in the space media, who are quick to circulate SpaceX press releases and throw-away interview comments, but slow to do any objective, in-depth technical research and analysis on what progress is being made and what it all means for the future of space travel and access.

The next step in developing a reusable Falcon 9 launch system is to refurbish a first stage and schedule it for another flight. That won’t happen immediately – apparently, this hardware will be kept on the ground, no doubt to be enshrined for posterity in a forthcoming museum. But this step is crucial – if it is found that preparing the recovered first stage for reuse costs more than building a new flight item, the system won’t pay for itself. To give but one example of a possible difficulty, it may turn out that at least some of the nine Merlin engines contained in the Falcon 9 first stage will need to be disassembled and extensively serviced after each flight. This was true for the SSMEs of the Shuttle, which underwent major servicing every 2-3 flights. While it is assumed that these costs will be less than the replacement cost of an expendable system, it won’t be known for certain until it has been done several dozen times. If a catastrophic failure is experienced during some future flight of a reused stage, launch insurance premiums will increase for the system (as they should) and these costs will need to be rolled into the price of space access. Look for the EPA to add a surcharge for something (or several somethings).

After the Space Shuttle’s first flight (1981), news stories were reporting on the advent of a “New Space Age,” of reusable rockets and routine access to orbit. As the program proceeded we realized that vehicle processing was a much more labor-intensive system than had been anticipated. Both expected and unexpected problems were identified and dealt with, at considerable cost. The determining factor as to whether this recent event is a genuine advancement or not, is if SpaceX can put a payload into orbit and charge significantly less than what they are currently getting – something we won’t know for a considerable time. After a single booster flies five or six times, and the price for launching a satellite comes down, then perhaps we can judge whether this is the great accomplishment its promoters claim it to be.

In the mean time, our inexorable “Journey to Mars” continues….